What sort of books do you write?

I write fantasy and mystery.  The common themes in both genres are strong relationships between quirky people, humour, love of animals, love of nature, and overcoming challenges,

My novels are fast-paced and fun.  I’m not aiming to write stories that take the reader too far into darkness.  Instead, I prefer to bring them further out into the light.  The stories are warm-hearted, funny and lively.

Any book can be read as the first one, and no book of mine will leave you hanging at the end, because that’s how I like it to be when I read other books! 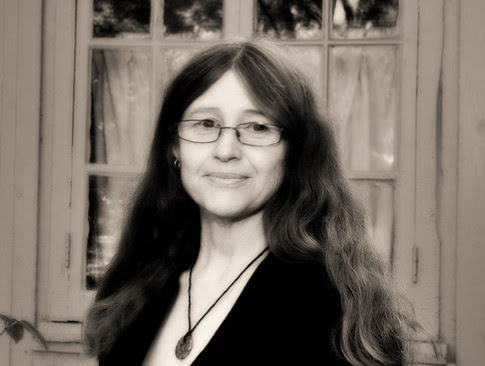 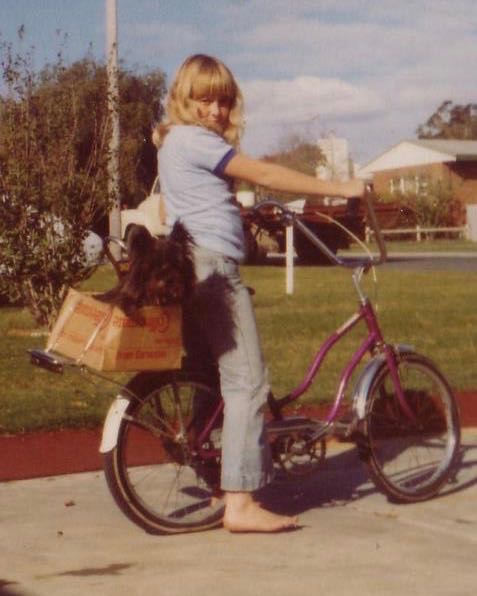 When did you start writing?

I was born to be a storyteller.  As a child, I spent a lot of time being horses or dogs or wild animals, or I’d be off reading on top of the monkey bars instead of playing with my friends.  As I got a little older, I’d often set out on imaginative quests with my pony, Chubby, or the family dog, Dougal.

When a project of, “Write a story, any topic you like,” was on the blackboard, I would write and illustrate long and exciting tales.  I would people them with interesting humans and animals and set them on adventures.  Yep, sounds exactly the same as now!

I also created my fair share of excruciating teenage poems, but luckily I went on to write better ones, some of which were published in anthologies.  I’ve written some good short stories too, but my first love has always been longer fiction.  I like getting to spend time with my characters.

What was your first novel?

I wrote my first full length novel in my twenties.  It was “Freya and the Golden Bear,” and I typed it on the typewriter my grandmother bought for me way back in my early teens when I first said I wanted to be a novelist.

That first Freya book was written at a time when I was at University, studying to teach Art and English, and I really needed an outlet for my wilder side, which had to be firmly crushed down by day.  Freya was that wilder side.

Even now, if I think my life is getting too staid, I ask myself, “What would Freya do?”   Then sometimes, and only sometimes, I go and do it! 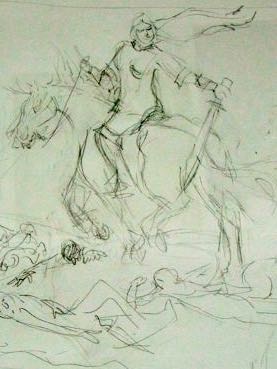 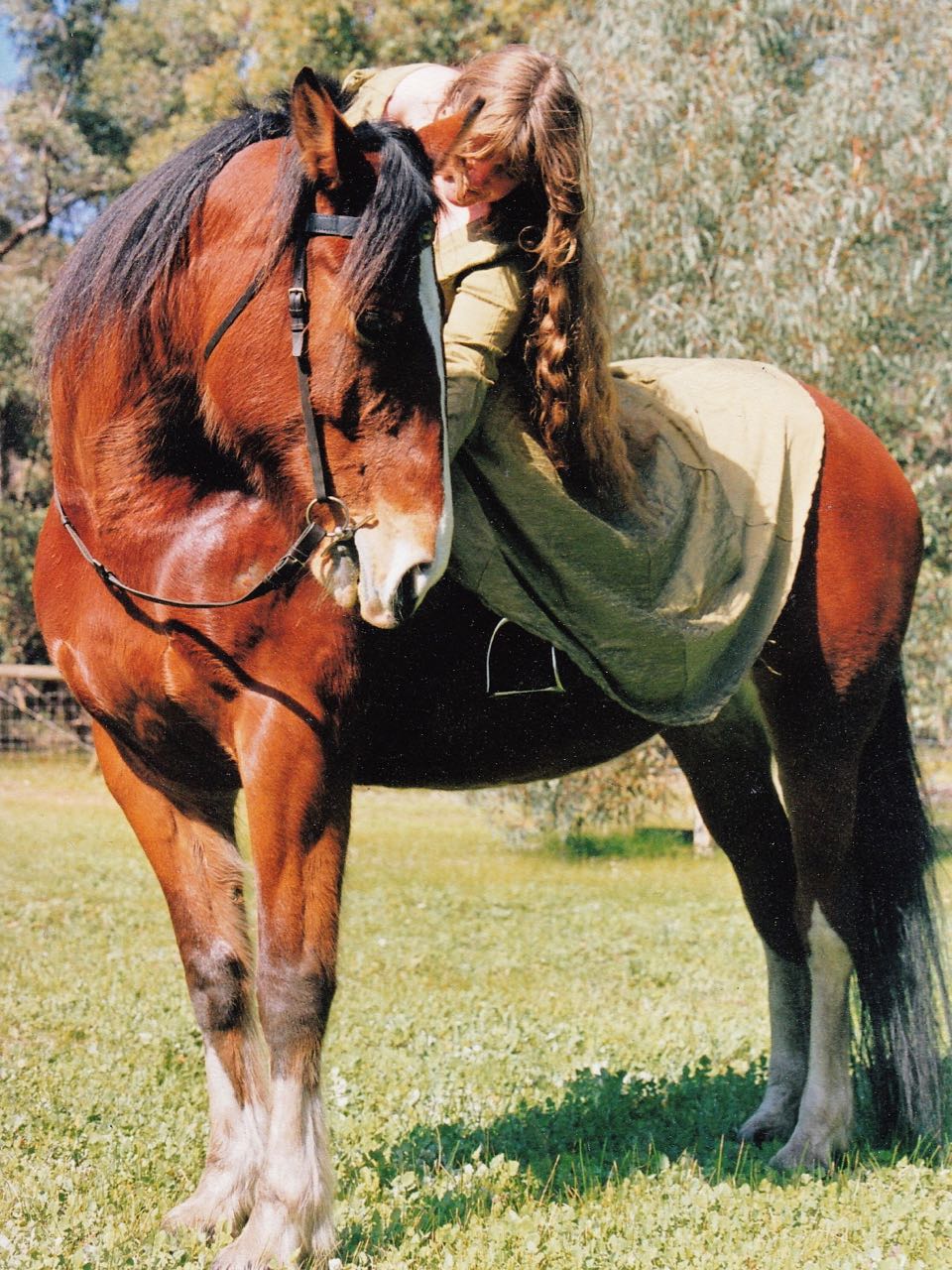 Where do you get such interesting characters and occupations for your stories?

A lifetime of strange jobs and hobbies has given me much fodder for my novels.

In the past, among other things, I have exercised racehorses, helped pigs to breed (don’t ask!), made concrete gnomes and statues, and taught all sorts of topics.

I once lived in a household of medievalists, along with six horses, six dogs, thirteen cats, a goat and a sheep.  This was not the weirdest household I have lived in, but it was definitely one of the most fun!

I’ve learned archery, achieved a black belt in Taekwondo, partied hard, ridden motorbikes, played at medieval dancing and sword fighting, and loved many animals, though never wildebeests and giraffes as my Grandfather used to joke.

All along, whether studying or just having fun, I have followed many creative pursuits.  (The time I covered a friend’s torso in plaster and trapped a lot of his hair in the cast was a stand out!)

At the time I sometimes wondered what the heck I was doing with my life, but now I know it was preparing me to be the sort of novelist I’d always wanted to be.

How do you get your colourful book covers?

I’ve painted nearly all of my own covers.

The gorgeous cover art for Webriders, the first novel that was published in print form, was made for me by my good friend and talented artist, Carmen Waterman.

The cover for Death by Dog Trial shows photographs of two of our dogs.  Tam, our sainted and much-missed GWP, is on the cover and Rosie, one of our current Labradors, is on the back.

I’ve designed and painted all the rest, and really enjoy the challenge of capturing the feel of a novel in the cover art without giving too much of the story away!

It’s a different sort of art, requiring that you work around the exacting format of a cover, making sure the artwork fits with the spine, titles and such.  I’m getting better at it with each one that I do.

People tell me they love my covers, and so do I! 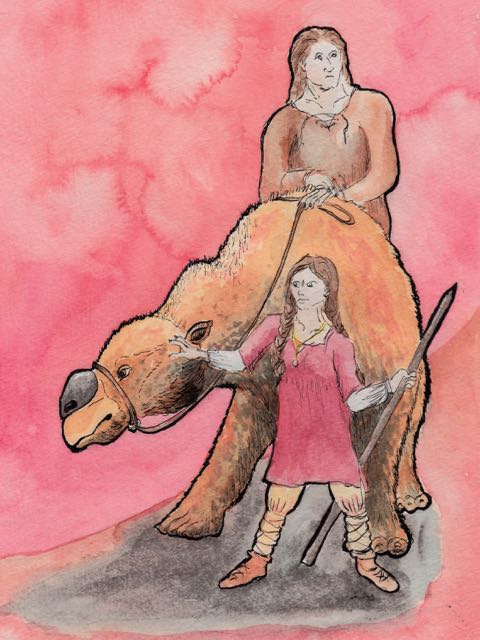 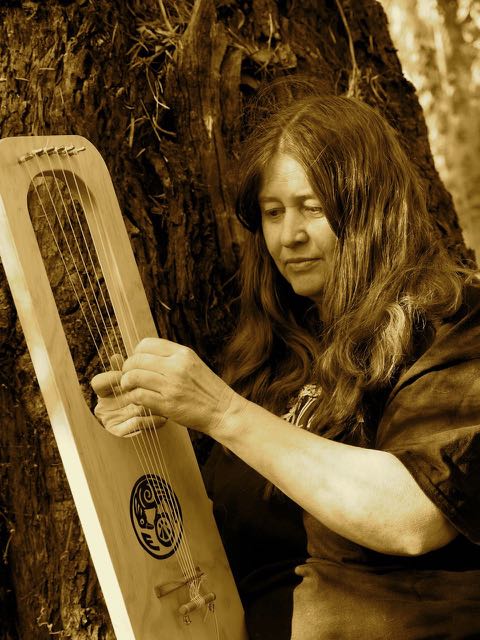 What other creative things do you currently do?

I’m right into making music at the moment.  I’m currently most keen on playing Anglo-Saxon harp, guitar, and ukulele, and I write my own songs.

You can see me playing some of my music here.

I crochet as well.  I find it very peaceful to be crocheting something fun or cosy, and it gives my brain a rest while my hands stay busy.  The cat enjoys it too! 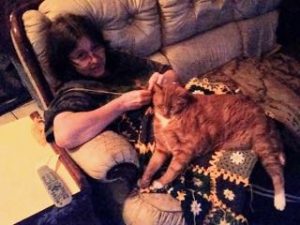 Some of your stories have a supernatural feel to them. How do you get your ideas for these?

I consider myself Pagan, but I’m open to learning from all paths that lead to inclusiveness and growth.  I see the sacred in nature and in actions done well, and I see the spirit in all things.

I’m currently studying with the Order of Bards, Ovates and Druids, at the Ovate level of my studies. It requires a lot of experiential work on both the inner and outer planes and this expansion of my thinking and practice definitely shows up in my writing, in the fantasies in particular.

I do love adding magic to the mundane! 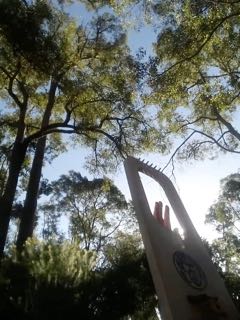 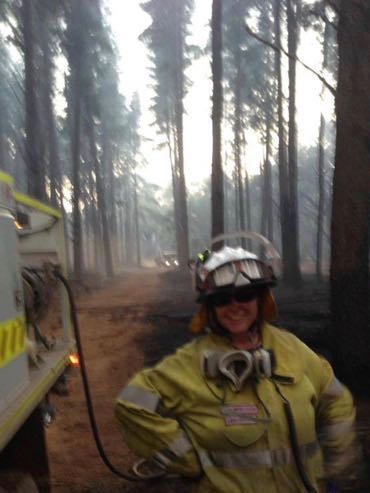 Speaking of the mundane, what else do you do day-to-day?

I surround myself with plants and animals.  Living on a semi-rural property, I spend a part of most days outdoors maintaining the land, and the dogs are walked in the forest nearly every day. It really keeps me in tune with the seasons and keeps me from getting too airy-fairy.

I’m also a Volunteer Firefighter with my local bushfire Brigade, which is at times hard, grubby and frightening, but also challenges me in good ways and helps me grow.  I love it.  Being a “Firey” allows me to protect the land I love, and also to provide a service for my community in a very concrete and active way.

I haven’t put this subject into a novel yet, but it’s only a matter of time!

Where do you currently live?

Home is a magical stone cottage in the Hills above Perth, Western Australia, with my partner, two dogs, one very opinionated ginger cat, and six chickens with silly names. 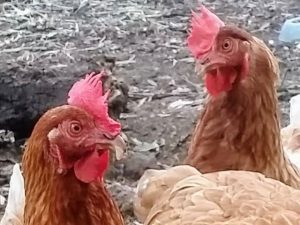 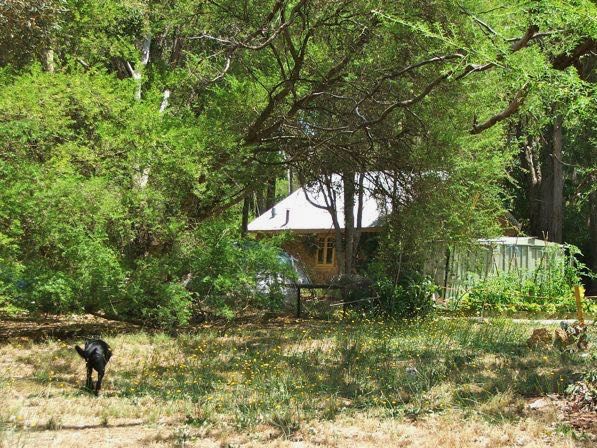 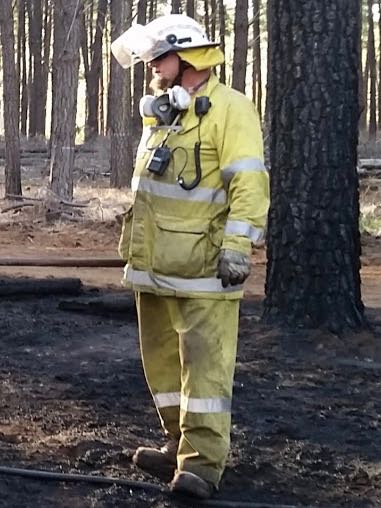 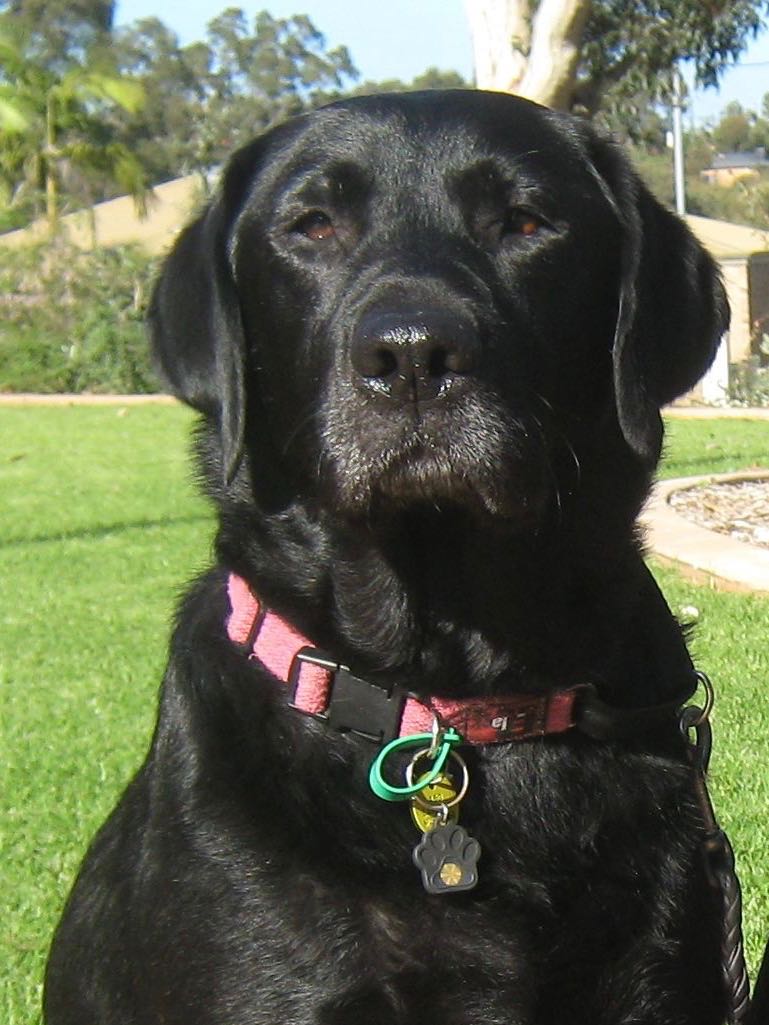 Loves her mama.  Always keen for a mousehunt or walk. 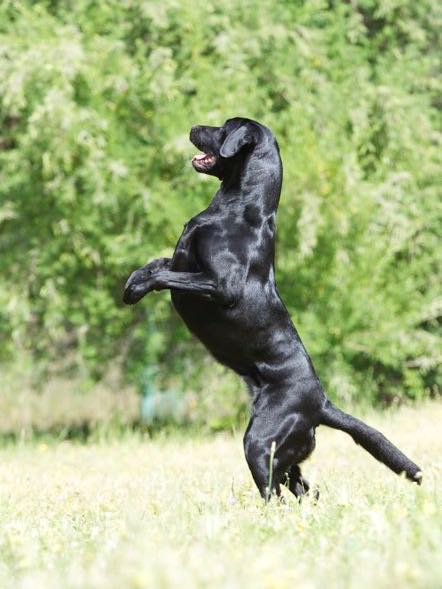 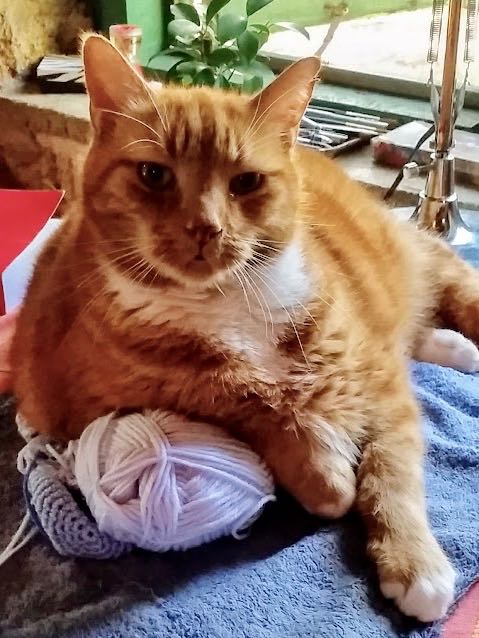 Consultant For Sitting on People

Fat, grumpy, snuggly, purry, inconvenient.  Everything a cat should be.